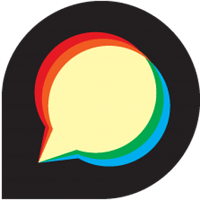 I use compiled go programs on Alpine Linux by compiling them statically, so that they do not depend on external libraries (which are different on Alpine).
But when I recently tried to run a go “script” directly on an Alpine Linux system, the standard distributed go executable does not run (go 1.13.1). Couldn’t go be compiled statically, so it does not depend on external libraries?

I know there is a go package on Alpine, but I don’t want to install it. I would rather use the go executable from a directory that is shared among several alpine systems (which are actually containers).

Go binaries are statically compiled by default.
but if you are using net or os/user, you will get a dynamically compiled executable (linked against libc)

So the “go” executable is linked against libc becauses it uses the system’s dns resolver and user database?

I have a go program that uses net/http (it downloads urls, so it uses the dns resolver), and when I link it statically, it runs fine on Alpine. I compile it with this alias:
alias goinstall=‘CGO_ENABLED=0 go install -ldflags ‘’’-extldflags -static’’’’

that works.
but as I said, netgo should accomplish the same:

Thank you. I didn’t know about -tags netgo, neither about ldd.

I wanted “go”, the Go compiler, to be statically compiled.

I use LXD containers on a host, and I want to use Go on several of them, without installing Go on each one of them. So I unpacked the Go distribution on the host in a directory that is shared with all containers. I then use the same copy of go on all containers. But this only works with containers that have libc (such as ubuntu). It doesn’t work with alpine containers.

I figured out a workaround for alpine linux:

This topic was automatically closed 90 days after the last reply. New replies are no longer allowed.

Unmarshalling multi-type json field into struct for use with xorm

How to add Linker Scripts with go build?

Unresolved reference for unix.Splice in Mac